Why is water such a vital molecule for life?

Water Conservation: There are evidences that show water existed on earth 3.8 billion years ago. A sample of pillow basalt was recovered from the greenstone belt and told us the age of water. Water is a precious natural resource which holds the dependency of life.

As 70% of the earth is covered with water bodies, so has a Human body contains 70% water as a basic necessity of the human body. Besides consuming water for drinking, bathing washing, and cooking, it is also used for irrigation, generating electricity, and many industries. Being so rich with such a resource, only 3% of the total water available is fresh. Out of which, only 1.2 % is fit for drinking. The water is shared by industry and for domestic purposes in the ratio of 7:3, respectively. About 16% of the total population lacks access to safe drinking water, 37% of the complete population lack adequate sanitation & 2900 children die every day from water-borne diseases, it is much more than a water crisis. We have consumed waving of the harsh consequences for the future generation, which has now become a serious concern. Thus, analyzing these stats, the initiative has been undertaken across the world to conserve water.

Technically yes, but, India is not at that severe situation which the globe facing called, water scarcity. But, due to the geographical location in various cities or district currently, water resources in India are shrinking due to consumption.

A recent study has observed that the water table has gone down to 200-300 meters in most of the north-western part of India, deforestation could be a reason. However, the measures have been taken up by the various states to meet the water necessity innovatively, as:-

Taking the above context ahead we shall also follow with some case study, hereinafter mentioned below:-

Mahur village is in Pune District of Maharashtra is a drought-prone area which was a hurdle in meeting daily human and Agricultural needs. Vilasrao Salunkhe launched a movement known as Pani Panchayat, to conserve water. Watershed development was initiated on a barren and uncultivated land. Wells and field bunds were built. Out of the 16 hectares of land in the village, 9.6 hectares were brought under irrigation, 2.4 hectares were afforested, and 4 hectares were converted into percolation tanks. Conservation of soil and water harvesting through a comprehensive micro-watershed management program gradually led to a surplus of water. In comparison, 200 quintals of grains were produced on 24 acres of Salunkhe’s land whereas in another 40 acres of land in the same area yielded only ten quintals of Agricultural output. The area sooner turned green and productive.

What are we supposed to do for water conservation?

Water conservation has become a prime environmental concern. Water is essential for all creatures. One can live without food for a few days but can not survive for a long time without water. It’s not only the Government’s duty to come up with water-conserving strategies, but we also have to contribute. 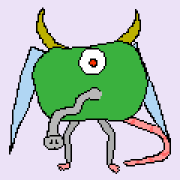