Essay on Make in India : Mission to Glory

India’s 68th Independence Day gave a new vision to its citizen by its new Prime Minister Narendra Modi. The vision has created a buzz among all the people and sectors alike. The inspiring vision is seen as the new formula for the success Of every individual, every company, and every business. To boost the Indian economy, Prime Minister Narendra Modi coined the term “Make in India”. An initiative to boost manufacturing by easing business processes. It aims at attracting foreign companies to set up factories in India and invest in the country’s infrastructure. In simple terms, Modi is trying to create job opportunities for the huge population.

The mission had its origin in the Prime Minister’s Independence Day speech, inviting global companies to pick India to locate factories, promising to replace hurdles with red-carpet welcomes. Make in India, an international marketing campaigning slogan was officially launched on 25 September, 2014.

The push for manufacturing could not have come at a better time as today, India needs to grow faster to increase the income level. It will create jobs for over million people who join the workforce every year. “We at the Tata Group welcome PM Modi’s Make in India programme. It’s an opportunity to make India truly and globally competitive,” was related by Tata group CEO Cyrus Mistry. The perfect logo of the mission is personified by a lion with a mechanical body. Modi exclaimed that the logo is derived from Ashoka Chakra.

The lion in the logo stands for strength and power while the wheels are a sign Of development and progress. He further said that : “My definition of FDI for the people of India is First Develop India.” While inviting world-class companies to India, Narendra Modi also requested Indian manufacturers not to leave the country and supported that Indian companies too should shine as multinational companies. On this ITC chairman YC Deveshwar said : “The boldness of your vision and the simplicity with which you have communicated it is inspiring.”

For the fruitful start, the new government has laid guidelines for the progress of the project. Some examples are like: reducing the paper work required for establishing companies and minimising the time required for government approvals, abolishing the Corporate Social Responsibility (CSR) from the project cost. Guidelines have been issued for quickening clearances to projects that are approved by state governments.

Policies have been made for the easy transfer of funds while switching jobs anywhere in the country: A dedicated cell has been created to answer queries from business entities through a newly created web portal. These are some mere steps taken while the government, with the help of experts, is trying hard to improve every bit.

Analysts give the reason as to why the mission could prove beneficial for India: contrasting to farming, which employs nearly 50% of population, but contributes just 14% to GDP. The services sector contributes nearly 60% to the economy, but employs just around 27% of workforce. Indian manufacturers are becoming more competitive with respect to their product designs, manufacturing and testing facilities. Additionally, India is the third largest producer of chemicals in Asia and sixth by output, in the world. Through the last four decades, India’s space programme has attracted global attention for its accelerated rate of development.

These few examples support the fact that India has every potential to compete with developed nations. However as a flip side of a coin, there are some challenges too. India’s poor infrastructure and logistics shortfall with inefficient transport networks makes it tough for manufacturing companies to achieve just-in-time production. “The combination of improved transport connectivity and simplified, one point collection of taxation will go a long way in implementing the Prime Minister’s vision of ‘Make in India’,” Deutsche Bank says.

A lot of sectors have been included in the mission some of which are as automobiles, chemicals, construction, ports, railways, space etc. Make in India’s success relies a lot on the fate of the newer companies. But, since its inception, a lot of reputed multinational companies have re-analysed their expansion plans. Narendra Modi is about to give the source, the tool to improve the purchasing power of the common man. The coming together of smart entrepreneurs, employees, infrastructure and know-how could over time become a durable advantage, as had happened in China’s case. 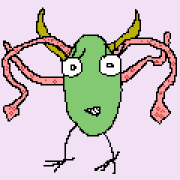 Essay on Indo-China Relations in 2020

Essay on Unemployment in India

Essay on Contribution of Technology in Education