India is a culturally diverse nation and festival witness the happiness and joy of the country. Every community of India celebrate the different kinds of festival, but national festivals are celebrated by entire nation irrespective of their religion, caste, colour, or gender. It unites us to celebrate the spirit of patriotism and revive our deep-rooted sentiments of pride for the nation. National festivals of India include Independence Day, Republic Day, and Gandhi Jayanti. These festivals commemorate essential chapters of Indian history and engross in a great sense of patriotism among people.

History of Our Independence Day

Independence Day, that is celebrated annually on August 15, marks as the end of two hundred years colonization of India by Britishers in 1947. By the early seventeenth century, European traders had come with the intention of trading but that soon changed into colonizing the sub-continents of India. British East India Company had started abducting the local Kingdom and established himself as a dominant force by the 18th century.

They used ‘Divide and rule policy’ against us and started making changes in prevailing rules and regulation. Policies of agriculture, handcrafts business and trading system were changed, and Indian was forced to adopt the western lifestyles. The imposition of high taxes and low income had pushed Indian citizen into poverty. Moreover, we were treated like a slave by British officers until we manage to fight back against them.

Indian history speaks of thousands of rallies, fights and plans made against Britishers. The rebellion started among whole nation under the guidance of major leaders like Subhash Chandra Bose, Bhagat Singh, Lala Lajpat Rai, Rani Lakshmi Bai, Sarojini Naidu, Mahatma Gandhi, Chandrashekhar Azad, and many more. Some followed the path of non-violence while some were violent, but their main aim was freedom of India.

Movements like sepoy mutiny of 1857, the first war of independence followed with Chauri-Chaura Kand, non-cooperation Movement, Salt March, and Quit India Movement had set a fire of freedom against the British empire. People started disobeying the rules of Britishers and pressurized them to leave India. Mahatma Gandhi’s Quit India Movement had put considerable pressure on the British government, and Indian soldiers had started revolts against the British navy and Airforce caused the British to lose their power in India.

Finally, the most awaited dream comes true when India was declared as a free nation on August 15 1947. It is also the day of the partition of India and Pakistan. Pandit Jawaharlal Nehru was announced as the first prime minister of India. On that day the prime minister arrived at Red Fort in New Delhi to declared the freedom of India pursuing out his speech on “Tryst with destiny” and address the event of August 15 which was broadcasted throughout the nation. He was greeted by the guard of honour, the national flag was hoisted, and the national anthem was sung across the country. After that every year, prime minister of India hosts flag at the Red fort, followed by 21 gunshot fire, marches, army parade and banner lifting functions are organized to tribute to sacrifices of freedom fighters. The prime minister address nation to highlight the past year’s achievements and raise crucial points for further development of the country.

Independence Day, the national festival of India, is celebrated on August 15 every year as India got independent on this day. Now India has become the largest democratic country in the world with diverse culture, and religion. We could secure our rights as a citizen of India, and our independence gives us the reason to enjoy the fundamental rights laid down by the constitution. We are now a self-governed democratic country and enjoy voting rights to select our representative. The feeling of self-radiance and freedom feels the heart of citizens with supreme happiness and joy. It’s all due to tireless efforts and numerous sacrifices of several great people.

Every citizen holds a different viewpoint about Independence Day. Some think that it’s a reminder of years of struggle while some feel it’s a matter of honour and glory of the nation. Above all, Independence Day embrace the feeling of nationalism and patriotism across the country. Regardless of caste or religion, every citizen of India celebrates this festival with the feeling of pride for the nation. All government or non-government organizations like schools, colleges, offices, and hospitals host flag and organize events dedicating the sacrifice of freedom fighters and make people realize the importance of this day.

People also celebrate this day in many other insane ways like some tattoos national flag on their body, wear clothes resembling national flag, massive amounts of sweets are prepared, people fly kites and many more. The radio, Television and other media show patriotic films, songs and documentaries to remember the lives we have lost to gain this freedom. This day of independence is celebrated all around the world, especially in the region where Indian immigrants are highly concentrated, such as New York and other US nations. The Indian diaspora celebrates August 15 with parade and pageants, and it is popular by the name of ‘India Day’ in other countries.

National festivals of India have distinctive calibre which spread the universal message of love and national integrity. This festival reminds us that even though we may vary from one another, but our love unites us for the nation. We should feel pleased to be an Indian and vow to keep ourselves energetic to protect our motherland. Moreover, these festivals help to set aside the differences of the countrymen and strengthen our communal bond. It is also the day when the young generation should reminiscence that, the freedom they are enjoying in all walks of their life is the achievement of a hundred years of sacrifices our freedom fighters. 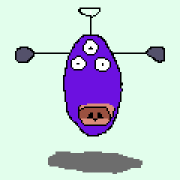 Time and Tide wait for none essay

Essay on Politics in India