Freedom fighters are those individuals who selflessly sacrifice their lives in the fight for freedom of their country. Every country has many freedom fighters, upon whose shoulders lay the initial foundation of the country. These people are considered to be the embodiment of the spirit of freedom and immense patriotism. That is why even after their demise, they are remembered generations after generation and looked up to as the heroes of the nation.

However, a freedom fighter’s life is often full of hardships, sacrifices, and unimaginable pain. The situations under which their love for the nation gets tested is challenging to put into words, even then these exceptional beings put their country before themselves, and their loved ones. The future generations will always be indebted to them for their selfless sacrifices and hardships.

The role of freedom fighters in any country is beyond one’s ability to comprehend. These are the people because of whom we can live as independent citizens with all the basic Human Rights. Despite how small a role they played, that very effort played a significant role in those times. They were the first to revolt against the colonizers and influence more to stand up against society’s wrongdoings. They sparked the fire in the people’s hearts to follow the same path of fighting for their freedom rather than accepting the way things were.

Many of these freedom fighters were not adequately educated or had broad-minded parents who would teach them about the value of these things. Still, they saw the bigger picture, the vision for an independent nation. Some of the freedom fighters came from socially, economically sound families and had excellent career opportunities. Though the on-going injustice of society, inhuman treatment of their fellow countrymen, and the constant exploitation of the country’s resources forced these people to sacrifice all those comforts and walk the freedom movement path. Even though most of them were martyred, the impacts of their actions were far-reaching and lead the nations to where they are today.

In its 200 years of British Rule, India has a wide spectrum of challenges, tortures, and exploitation. Once considered to be one of the wealthiest exporters globally, India was reduced to a mere cash cow for the British East India Company under its 200 years of ruling. According to British economist Angus Maddison, India’s share of the world economy was drastically reduced from 24.4% in 1700 to a mere 4.2% in 1950.

Despite the economic damage, the journey to the freedom of India resulted in the loss of thousands of freedom fighters. These people put their lives on the line upon which the foundation of Independent India was built. India has seen many brave sons and daughters who sacrificed their lives in the freedom movement. While every one of the people is respected equally, due to the limited scope of the essay, let’s discuss some of India’s noteworthy freedom fighters.

Mahatma Gandhi: Mohandas Karamchand Gandhi, also known as the Father of the Nation, was one of the most influential leaders of the freedom movement. He believed in the idea of non-violent protests and proved to the entire world that even the darkest of days could be survived if the will to live is strong enough, which earned him the title of “Mahatma”. He played a significant role in various movements against the British, such as the non-cooperative movement, civil disobedience movement, quit India movement, etc., and sparked the spirit of patriotism in every Indian citizen’s heart. Moreover, in the early days of his career, he made significant contributions to the civil rights movements in South Africa.

Not just Indians, he is known all over the world as a Mahatma, meaning “great soul”. From Martin Luther King, Jr to Nelson Mandela, great civil rights leaders have recognized Gandhi as an inspiration in their struggle for achieving equal rights.

Netaji Subhash Chandra Bose: Subhash Chandra Bose was a great leader of India’s freedom movement and has played a vital role in establishing the modern, present-day India. Unlike Gandhi, he understood the value of resistance and took a different path. He recognized the importance of military power in the country. His ideology was that freedom is something that is a person’s birthright, and he must fight to defend it.

Perhaps his most significant contribution to the nation has been establishing the Indian National Army (INA), also known as the Azad Hind Fauz, and earned the title of ‘Netaji’ meaning leader. His slogan “Jai Hind” is still used as a tribute to him and the members of the Fauz. With his fighting spirit, and a more aggressive approach towards the British, his battle cry, “Give me blood, and I shall give you freedom” inspired many to follow him. He is still considered one of the most respected people in the history of India’s freedom movement.

Pandit Jawaharlal Nehru: One of the most important characters of the Indian freedom movement. Jawaharlal was born into a wealthy family and a socially influential family. Though he was born and brought up in a luxurious household, his love for the nation took him to the path of establishing a free, independent India. He was an active follower of Gandhi Ji and was imprisoned on various occasions due to his acts of protests. Though it did not stop him from standing up against the British, he eventually became the first Prime Minister of Independent India.

Rani Laxmi Bai: Rani Laxmi Bai was Jhansi’s queen, who played a significant role in the fight against the British East India Company. She is the epitome of women empowerment for every Indian citizen, even today. During the British movement when her city was being attacked, it was her love for the nation, her people, and her child that motivated her to fight against the British soldiers till her last breath. During those times, for a woman to fight in the battlefield alongside men, leading them was truly unimaginable. Though she was martyred in the battle, her existence can still be felt in every Indian’s heart.

Today’s independent India results from countless people who put their heart and soul in the fight for freedom of the nation. Apart from the known faces, thousands of brave souls put their lives at risk and were martyred in the fight against the colonizers. The contribution of these souls will forever be the founding stones of Independent India. Each year through Independence Day and Republic Day, these people are remembered by all the country’s citizens. However, we must keep in mind that it is only through maintaining the spirit of brotherhood and unity that we can truly pay tribute to them. And by putting active efforts in the development of the nation and its citizens, we can truly do justice to the freedom fighters’ vision. 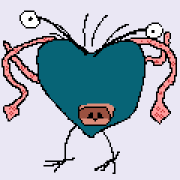 Essay on Health is Wealth