Childhood is the most memorable phase of everyone’s life; whether the person is twenty-five years old or is sixty, he will smile and will become nostalgic sharing his childhood memories with others. The essential thing that make our childhood memorable is the love and care of the family members and playing different games with friends.

Every individual love sharing their silly childhood memories with others, but now let’s think of a person who doesn’t have anything to share, not even a single memory be it good or bad. We all felt that in our heart, right? So just imagine of a person being a child no more than ten years of age, working hard as labour with those tiny hands that now should be making sandcastles.

Child Labour is not just exploitation but deprivation of childhood from a child. That sounds awful thinking of children without a childhood, but that is very much true. Currently, more than 152 million children (5-15 years of age) are working as labour all over the globe in different sectors like agriculture, construction, waiters at ‘dhabas’ and other small restaurants.

The causes or reasons for engaging children into work are multiple, but the most typical reason is Poverty, low wages of the family members couldn’t meet the expenses of the household which force the little ones to go out for work and the prices of the day to day commodities are also making giant leaps every day, so it is almost impossible to arrange a square meal for each member of the family.

Another commonly observed reason is the death of the earning head of the family, sudden death of the earning member of a family tends the children to go for work too due to loss of income. Gender discrimination also forces the girl child to do the tough household works as the boys will go to school.

A trend is also seen that if the parents were engaged in labour from a very young age, then they will send their child to work too.

Child Labour during the Industrial Revolution in Britain

The Industrial Revolution started in 1760 and ended somewhat between 1820 and 1840 in Britain and America. This era is famous for outstanding development in the manufacturing sector as the number of factories and industries in Britain rose dramatically. The Industrial Revolution created a myriad of jobs as workers were in demand for the factories, and in Victorian Britain, the number of unemployed was not meagre.

So when the news of employment travelled to the countryside thousands of men, including children, began to march towards the cities, more workers and less number of jobs created a monopoly in the wages. Children were employed as Pauper Apprentices and Scavengers; they work in hazardous conditions which stripped many of them from their lives at a very early age. The wages and sanitation were worse, and they have to work long with inflexible work hours.

During the late19th and early 20th century children aged 5-15 years from smaller families have to work in western Countries, majorly in Colonies as agriculture labour, cottage factories, as mine workers and many night shifts lasting 12 hours. Other young children worked in factories, managing large machines. They worked in twelve- to fourteen-hour shifts, eating only during break time. The jobs of the children also involved weaving baskets, rolling cigars, picking fruit and making bowling pins. Many of these jobs required children to work several hours, sometimes even before sunrise.

Even in this developing era, we can find millions of children working in different sectors. In 2008 the ILO (International Labour Organisation) estimated that 153 million children are working as child labourers which are 20 million less than the number in 2004 in which the 60% are involved in agriculture activities such as farming, forestry, dairy and fishery. The other 25% are engaged in services like as an apprentice, hawker, and transportation of goods, in restaurants and as cobblers and trash pickers. The remaining 15% are working in factories and industries.

Countries with the majority of child labours

The surveys conducted by ILO states that the countries which are more poverty-driven have more numbers of children employed as child labours. The countries in the African continent has the highest percentage of child labours aged 5-17 and a total over 70.1 million, among which 35 million are working in hazardous conditions. Here again, the majority of children are working in the agricultural sector, especially in the cocoa farms.

After Africa, the South Asian countries have the highest percentage of child labours. India is at the top with 5.8 million then Bangladesh with 5 million followed by Pakistan with 3.8 million and then Nepal with 2 million.

In India, after the East India Company defeated Siraj-Ud-Daula the Nawab of Bengal at the Battle of Plassey on 23rd June 1757, the British thus became the ruler of (Bihar, Bengal and Orissa) the most prosperous regions of the country at that time because of rich agriculture and flourishing industries and trade. This led to many children being forced into labour due to the increasing need for cheap labour to produce large numbers of goods. Many people usually recruit children because they can be employed for less pay, and have more endurance to utilise in factory environments.

In the current times, the children from Bihar, Bengal, Orissa and Uttar Pradesh are working as labours either in their own family to reduce the cost of workers or in small cities and towns as the ‘chotu’ in restaurants or as daily wage labours.

Laws by the government regarding Child Labour

The Child and Adolescent Labour (Prohibition and Regulation) Act of 1986, completely prohibits the children below the age of 14 and the CLPR Act prohibits employment of a child in any work including as domestic help (except helping own family in non-hazardous occupations).

Fair Labour Standards Act (FLSA): The federal law that restricts the employment and abuse of child workers. Child labour provisions under FLSA are designed to protect the educational opportunities of the young minds and prohibit their involvement in jobs that are detrimental to their health and safety.

Child labour is a practice which reflects the inhuman and narrow-minded nature of the people in our society who use the innocence of the children to make their work done as the little one won’t complain regarding the low wages, unhygienic working environment or heavy work hours. The children don’t even know what’s happening to them until their childhood is gone. 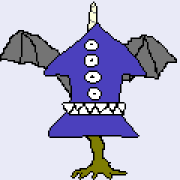 Essay on Has India Lost its Cultural Roots